Say goodbye to the few auto growth markets in 2017. In the first month after the holidays, auto production and sales data were disclosed and the performance results were not optimistic.

On March 9, China Automobile Association held a press conference to announce the production and sales of China's auto industry in February.

In this regard, at the press conference, the Deputy Secretary-General of the China Association of Automobile Manufacturers, Jian Jianhua, said that the decline in the overall production and sales volume of the auto market in February is a normal phenomenon, which means that China's auto market has entered a state of slow growth. â€œIt is very difficult to develop the automotive industry under the premise of quality assurance. The biggest reason is that some products are not accepted by the market and consumers, and automakers will face greater competitive pressure. The decline in production and sales volume is not a bad thing. Objectively, it is in line with the industry. High quality development requirements." 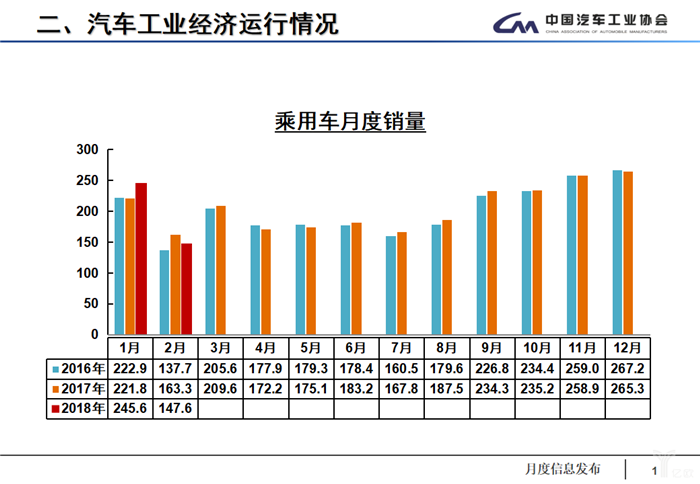 "At the same time that the country puts forward energy-saving and environmental protection requirements, the increase in output is facing greater pressure, and the halving of purchase tax is also one of the factors that affect the entire automobile industry's forward development," said Shi Jianhua. 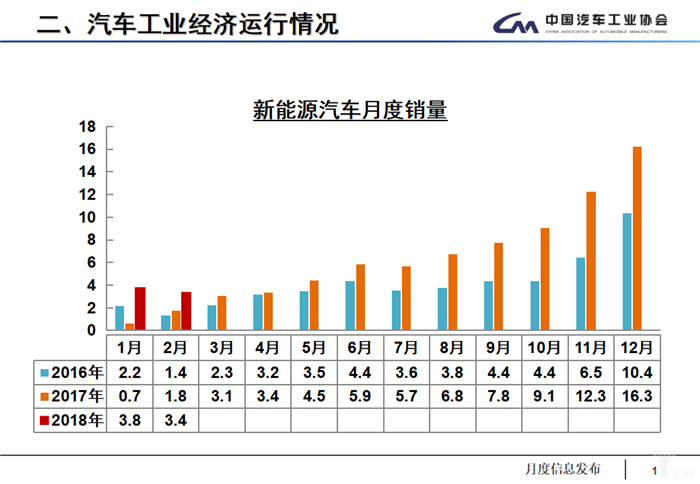 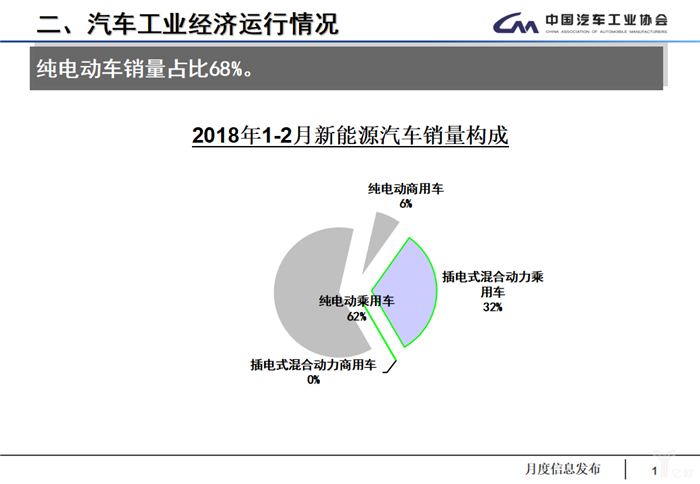 It can be seen that in 2018, the growth momentum of new energy vehicles has shifted from the purchase of purchase restrictions and subsidy policies to the market pull. Restricted purchases of city licenses reached their peaks. If the policies for subsidy were also withdrawn in a large area, the support policies for non-linear exit exceeded expectations, and the significant structural retreat of the policies also required the effective follow-up and balance of other policies.

From the perspective of market segments, the production and sales in the four major market segments in February all showed a downward trend compared with the same period last year. 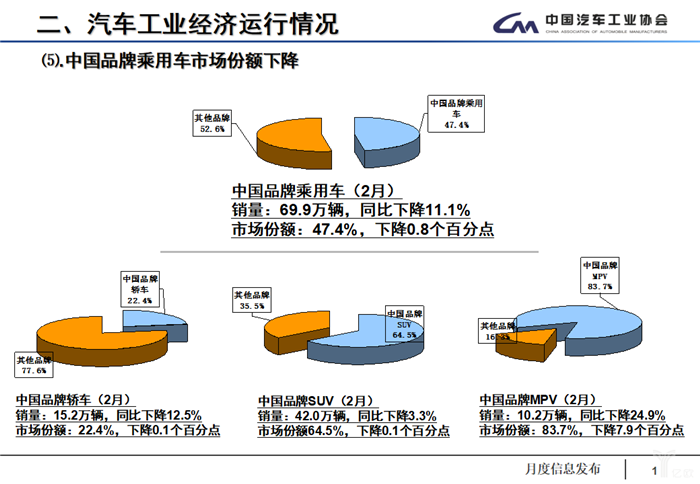 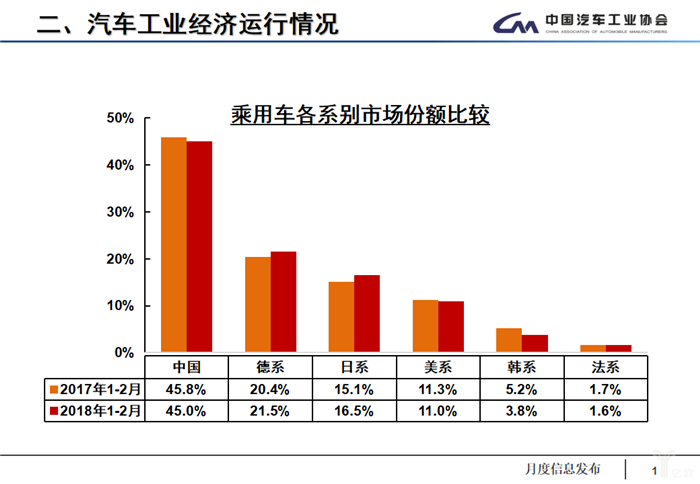 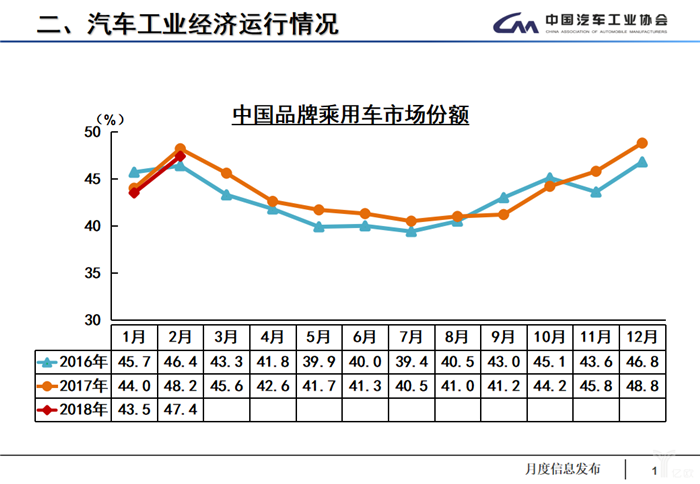 The self-owned brands still have strong momentum. In January-February, China's branded passenger vehicles sold a total of 1.677 million units, an increase of 0.25% year-on-year, accounting for 44.97% of the total sales of passenger cars, and the occupancy rate decreased by 0.82 percentage points from the same period of last year.

In terms of rankings, in February, the top ten companies in terms of overall automobile sales volume were: SAIC, Dongfeng, FAW, Chang'an, BAIC, GAC, Geely, Great Wall, Brilliance and Chery. Compared with the previous month, sales of these ten companies have all declined rapidly, among which FAW, Great Wall, and Guangzhou Automobile are among the top decliners.