Not long ago, a Xi'an Cummins engine used by a heavy truck user in Xinjiang reached a million kilometers without major repairs . As we all know, Xinjiang has a special geographic environment with complex road conditions and environment. In many areas, roads are still dirt roads, and there is a large temperature difference between day and night. The conditions of use for trucks are rather harsh, and they are particularly challenging for engines. They reach millions of kilometers in Xinjiang. No major repair is a very representative proof of the quality of Xi'an Cummins Engine.

The owner of this engine was Master Jiang. From his mouth, we learned that he used the Xi'an Cummins Engine to overload coal in Xinjiang Province when he first started using the Xiâ€™an Cummins engine. Later, when he was running in Zhejiang and Guangzhou, he began to include the load. He is very satisfied with the performance of Xi'an Cummins, he said: "Xi'an Cummins engine reflected in the anti-noise, maintenance rate is more obvious, other engines simply can not compare."

Wang Jianghua, chief engineer of Xi'an Cummins, told the China Truck Network reporter that after learning of this situation, they sent a maintenance technical team to dismantle the engine. They found that the engine can be connected to the vehicle control system. The connection of the fuel supply pipe was normal, the torque of the cylinder head passed the test of 32 sets of data, and all of them were within the normal range.In addition, the 14 groups of torque measured by the main bearing cover were also in the normal range, which fully proved that the engine was Never been overhauled." 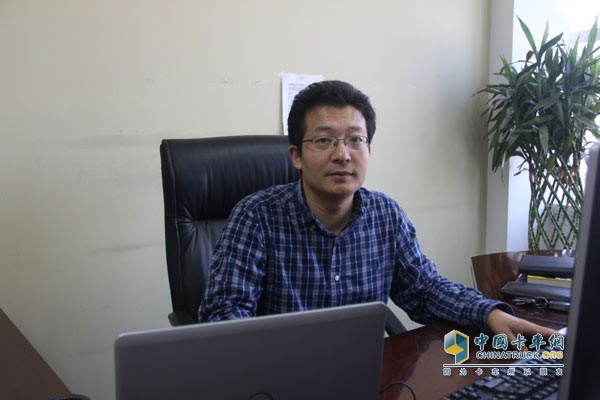 Of course, good engine quality is good on the one hand, and careful care and maintenance are also essential. At this point, Master Jiang also pointed out that the key to Xi'an Cummins' one million kilometers without major repairs. He said: "I do maintenance in the 4S shop or the designated engine service station. When the basic engine is running 8,000-10,000 kilometers, I will do a replacement of the three filters. In particular, the Cummins engine oil used in the earlier period is guaranteed. The engine's running degree. The cost of doing a basic maintenance is basically 1100-1200 yuan." So, on time to the designated service station for engine maintenance is to ensure the normal operation of the engine key.

In addition, Wang Huajiang also stated that there are several major issues that need to be focused in addition to the maintenance of service stations on time.

Oil is the blood of the engine. We have told you more than once. We must purchase genuine lubricants that meet your engine's usage in the formal channels. If you do not know what model to purchase, consult the service station or go directly to the designated 4S shop. Maintenance; and diesel as a source of continuous power of the engine must also use high-purity diesel, to a similar gas station like PetroChina, Sinopec to refuel, there is no need to buy cheap diesel. Unqualified diesel contains a large amount of impurities and cannot be completely burned. Impurities are directly deposited in the engine and block other components such as the fuel injectors, affecting the life of the engine.

The national IV diesel engine is commonly used electronically controlled high pressure common rail system, directly controlled by the engine ECU, in addition to OBD for real-time detection. Although the electronic control system is not as solid and stable as the traditional mechanical large pump engine, it has obvious advantages in controlling the fuel injection to improve the fuel combustion efficiency, and it responds quickly to engine failures. When the electronic control system alarms, it must be dealt with promptly, otherwise it may Causes the engine to restrict torque, unable to work normally, if not dealt with in time, serious will cause the engine to appear the serious breakdown.

Fourth, the circuit can not be changed

Some users will want to add some functions by changing the circuit. Due to the particularity of the electronically controlled engine, it is more complicated than the circuit system of the mechanical large pump and it is more difficult to refit. If an error occurs, it will not only affect the use of the entire engine. It is also more difficult to repair; and, because most of the engines of the National IV are SCR after-treatment systems, it is necessary to consume urea for vehicles to meet the emission standards of the National IV. Since the urea for vehicles is a consumable, some users try to change them. The engine ECU makes the engine not consume urea, which will not only cause greater damage to the environment, but also have a great deal of damage to the engine's post-processing system, which will also have a certain impact on the performance of the engine. Engine manufacturers have fully considered the use of the user at the time of design, and the user must remember not to modify it at will.