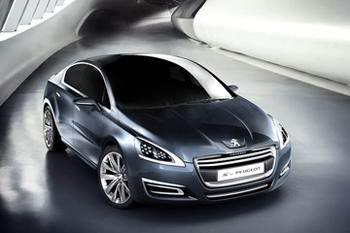 Subversion of the Saab brand is stunned by people, but according to foreign media reports Saab 9-3 is about to restart production, the news has been determined by the Swedish national electric vehicle company (NEVS), the most critical point is that the car will be produced in China (Made In (China), not the company's Trollhattan plant.

NEVS, which owns all the intellectual property rights of Saba 9-3 and its electric version of ePower, had previously indicated that it wanted to resurrect the main model of the disappearing brand. At the same time, they also had the right to use the saab brand, but not the original Griffin logo. A good car brand is divided.

Although the current Chinese governmentâ€™s interest in electric vehicles is very high, electric vehicles have not been widely promoted because the current infrastructure is not perfect. Therefore, NEVS's 9-3 ePower electric version will not be launched for the time being, considering that the foreign company's agreement on infrastructure construction with local investors may take up to 18 months of production cycle, that is, this year's EV electric version is Will not be put into production, only the ordinary version 9-3 launch.