Regarding the application of the wireless ap, the more frequently asked is the networking mode covered by the AP. Different application scenarios have different networking modes. Let us look at it today.
First, small and medium-sized wireless coverage networking
The conventional wireless AP coverage is mainly for network coverage in some small places. As shown in the following figure, it is suitable for some bookstores, small restaurants or villas, etc. It uses an AC router to make AP and broadband play. To a good result.
The connection diagram is as follows: 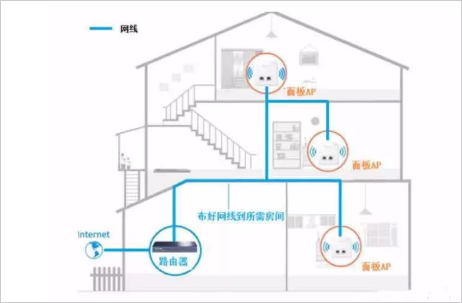 What is an AC router?
The AC router has a certain AC function. .
The 11ac router, the full name is 802.11ac, is the next-generation Wi-Fi standard after 802.11n. As we usually see, the current 100 yuan file is basically 802.11n router, the upper limit speed is 300Mbps. The 11ac router has a network speed of 1.3Gbps, which is the legendary Gigabit route.
The 11ac router supports both 5GHz and 2.4GHz bands, and their transmission speeds are 900Mbps at 5GHz and 400Mbps at 2.4GHz.
Second, a wide range of wireless coverage
For places with large areas, such as hotels and KTVs, we can use the following networking methods for wireless coverage. Poe power supply is used, wireless AC is used, and AC has the function of uniformly controlling wireless APs, which can simplify network management and maintain. 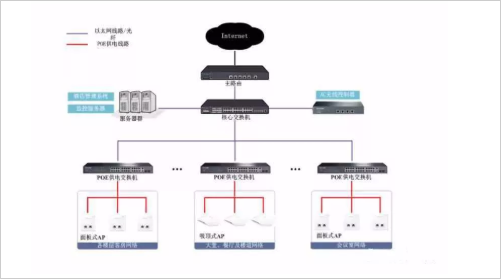 Plan the access layer poe switch according to the number of APs. Note that when selecting a poe switch, you need to know the power supply standard of the poe, and then select the corresponding poe switch.
Poe power supply standard
Determine the power supply protocol (such as 802.3af, 802.3at, or non-standard PoE) supported by the AP (AP or IPC). The PoE power supply protocol supported by the switch must be the same as that of the powered terminal. The 802.1af standard PoE switch has a single-port output power of 15.4W, and the 802.3at standard PoE switch has a single-port input power of 30W. For a power-hungry device with a large power, it is recommended to use a 802.3at standard PoE switch.
Third, wireless AP coverage summary
In the process of implementing AP coverage, to ensure the stability, flexibility, coverage, scalability, etc. of the solution, there are two points to note:
1, wireless AP settings note
In large-scale wireless networking, the use of AP wireless coverage is mainly because wireless APs have many advantages: flexible network expansion, wide coverage, easy management, and so on. In the case of large-scale wireless networking, a large number of wireless APs are required. When these large numbers of wireless APs are managed in a unified manner, setting the AP is indispensable, but you need to pay attention to the following items:
1. A wireless AP whose signals overlap each other cannot use the same channel.
2. All wireless APs must use the same SSID.
3. All wireless APs must use the IP address of the same network segment and be in the same VLAN.
Since the coverage areas of multiple AP signals overlap each other, the channels occupied by the AP coverage areas must comply with certain specifications, and the adjacent channels cannot overlap each other, that is, the wireless APs in the coverage area cannot be used. The same channel, otherwise, will cause mutual interference of the AP during signal transmission, thereby reducing the working efficiency of the AP. Of the 11 available channels, only 3 are completely uncovered, they are channel 1, channel 6, and channel 11, respectively, and it is appropriate to use these channels as multi-cellular coverage. In addition, the wireless AP used to implement the wireless roaming network must use the same network name (SSID) and use the IP address of the same network segment. Otherwise, the wireless client will not be able to implement the roaming function.
2, set up wireless roaming considerations
In a wireless roaming network, the configuration of the client is exactly the same as in the access point network. During the mobile process, the user does not feel the switch between the wireless APs at all.
When building a wireless roaming network, you need to pay attention to the following points:
1. The wireless AP and the wireless client must be in the same VLAN and the same IP address segment.
2. The AP signal coverage areas should overlap each other. Otherwise, the wireless network blind area will be caused. That is to say, the distance between wireless APs should be less than the limited transmission distance of the wireless AP.
3. The wireless AP must be set to the same SSID. Different SSIDs mean different wireless networks, and wireless roaming is not possible.
4. Must use the same WEP or WPA encryption. All wireless APs and clients must use the same WEP or WPA encryption, otherwise they will not be able to establish a connection to each other. WEP and WPA are also case sensitive.
5. Wireless APs that cover each other must use different or even non-adjacent channels. Otherwise, it will cause serious interference and reduce AP communication efficiency. The channel is the frequency band, IEEE 802.11b/g is working at 2400~2 483MHz, the US standard channel can be divided into 11 pieces, the European standard can be divided into 13 pieces, the Japanese standard can be divided into 14 pieces, and the difference between each channel is 11MHz. . For example, channel1 is 2 412MHz, channel2 is 2 423MHz, and so on. In fact, there is no interference between the 1, 6, and 11 channels.

Function: Speaker terminal is used for electrical connection of a kind of accessories products, to achieve the signal transmission function.


Private mold products: can be customized, according to customer samples or drawings for development and production. 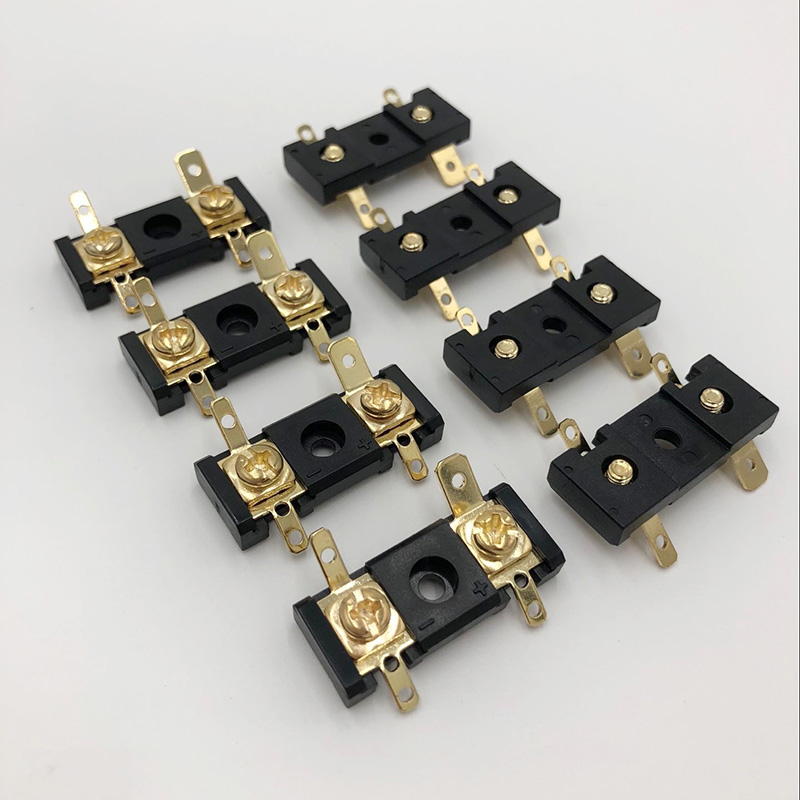 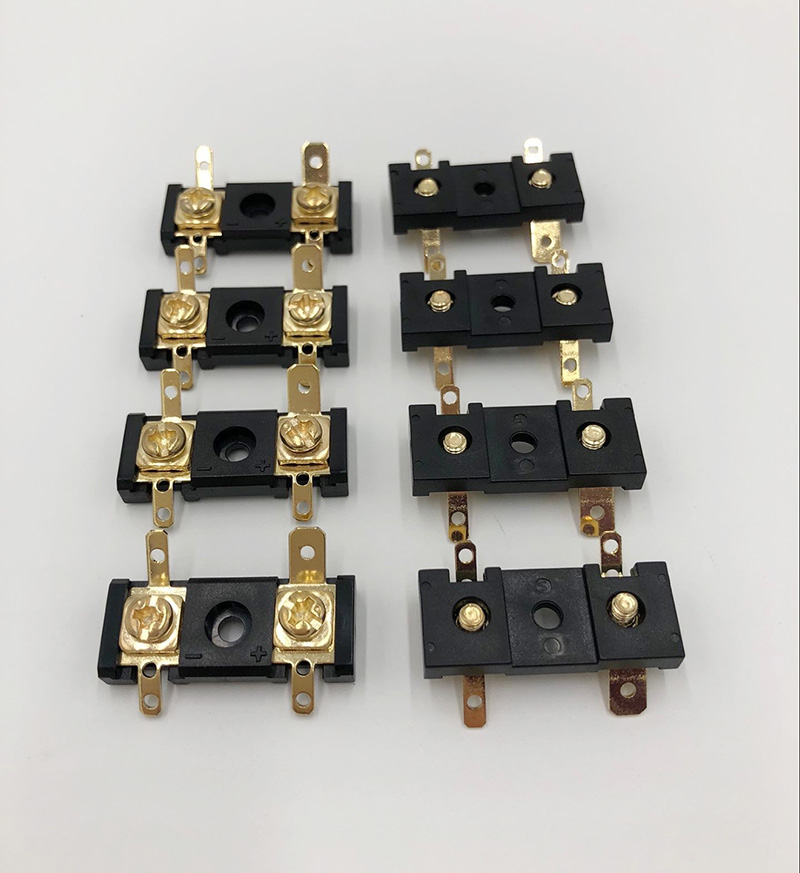 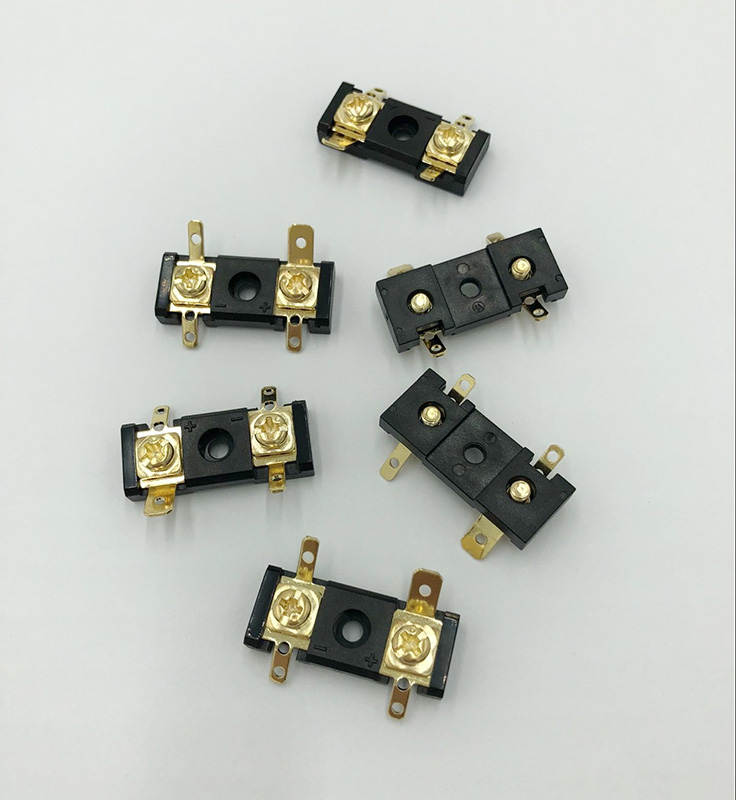 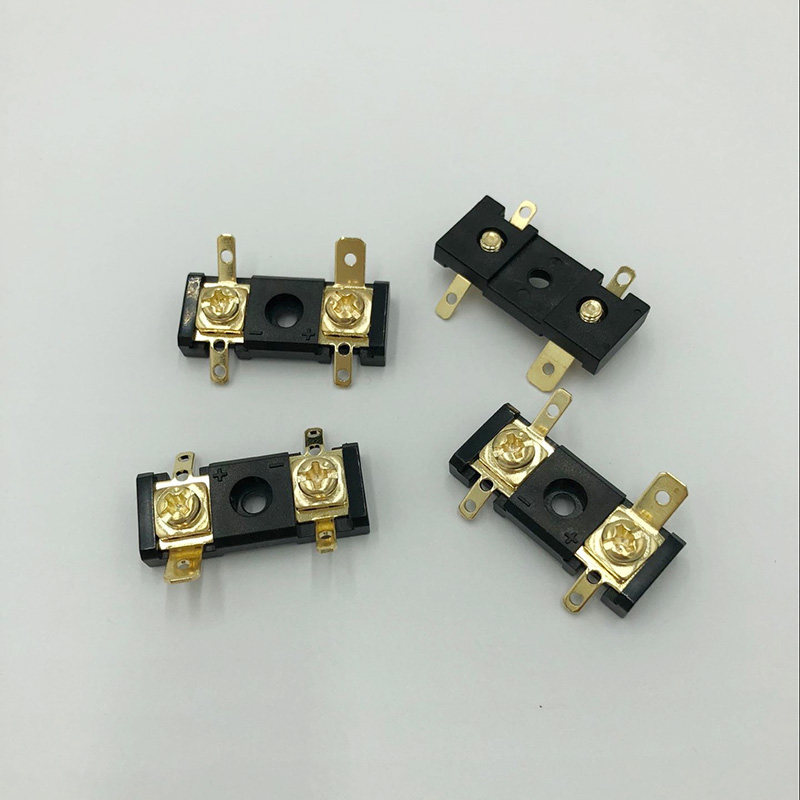