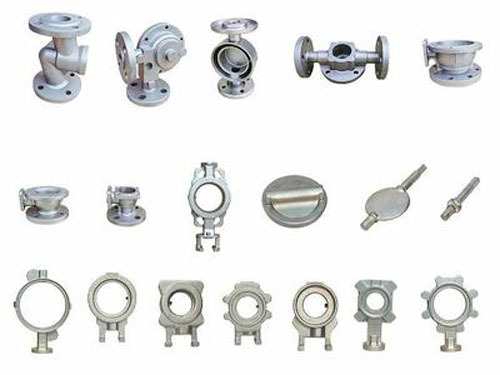 Thanks to the continuous improvement of the domestic excellent investment environment and infrastructure policies, driven by industrialization, urbanization, reform, and globalization, China's pump and valve industry will usher in a continuous increase in new opportunities for development.

The product model of the pump valve continues to innovate, leading to the technological advancement, and a wide range of products are in place, presenting a prosperous development prospect. It is precisely because of this technological achievement that the national support policy continues to tilt toward the manufacturing industry, and the market demand has also continued to increase, making the pump and valve industry can remain positive and upward.

After years of development, the number of valve companies in China ranks first in the world. There are about 6,000 valve companies of all sizes, of which 900 have an annual output value of more than 5 million yuan. There are no less than 200,000 pump valve manufacturing enterprises in the country, and more than 1 million people engaged in business activities in pump valves.

However, the development of China's pump and valve industry is facing tremendous pressure: More than 50% of the world's valves are produced, but in terms of price, foreign products are often 5 to 10 times that of similar domestic products, and they have weak competitiveness in the mid-to-high end market. There are many problems in the development of the industry.

Domestic large and small pump companies are all over the country. Because of the contradiction between production and market supply and demand between various pump and valve industries, price wars are inevitable. This makes the domestic valve industry as a whole slip into a difficult position for profitability, and the market is increasingly chaotic.

China's pump and valve enterprises mainly focus on low-level, small-scale, and family-run enterprises, and produce low-quality mass products. The production of a variety of valve products generally have the drawbacks of external leakage, internal leakage, appearance quality is not high, short life, inflexible operation and valve electrical devices and pneumatic devices are not reliable, some products are only equivalent to the early 80s of the last century International level. In the high-end technology, there is still a big gap between domestic and foreign companies, so the technology will be a bottleneck restricting the development of our valve products.

In general, the root cause of the problems faced by China's pump and valve industry is the backwardness of technology and the lack of innovation capability. Therefore, in order to break through the difficulties, enterprises must rely on technological development in the final analysis.

Innovation has become a weapon for the enterprise to win the market. Nowadays, society is an era of information explosion. It is unavoidable for companies to encounter competitors in their products. There is competition in the industry and it is a good thing for some companies. At present, pump and valve companies must persist in innovation, structurally adjust products, transform traditional products, and advance into high-end products. Companies that require scale must take the lead and increase the level and competitiveness of the domestic valve industry.

The small-scale enterprises, first, take specialized production, do a good job of a factory and a product, do fine and stronger, make efforts to improve management, improve process tooling, improve product quality and grade and competitiveness. Many successful companies in the world grow from small to large, weak to strong, and develop into large companies with strong vitality. They are all achieved through continuous innovation, so the strength of the companyâ€™s innovation ability will ultimately be determined. Corporate competitiveness and business efficiency and effectiveness.

For some large and competitive companies, the scale of the company has become larger and larger through the competition, and the reputation has become higher and higher. However, for some SMEs that are not competitive, they may face the risk of being merged or closed down. In the increasingly fierce valve market, companies with core competencies can gain a foothold in the market, and innovation becomes a weapon for the enterprise to win the market.

According to industry sources, the valve companies only have a clear and familiar understanding of the industry's status, continue to enhance their own products, enhance their sense of crisis, and strengthen their corporate culture and market service concepts. Only by doing so can they achieve stability, speed, refinement, and refinement. Only by continuous self-innovation can we achieve technological advancement. Only in this way can the valve and valve industry remain in a positive and up-to-date situation, so that pump and valve companies can survive and seek development in the increasingly fiercely competitive industry.

1. With the shift of oil development to oil fields in the interior and offshore oil fields, and the development of power industry from 300,000 kilowatts of thermal power to more than 300,000 kilowatts of thermal power and hydropower and nuclear power, breathing valves, flame arrestors, filters, pipe mirrors, etc. The product should also change its performance and parameters according to the changes in the equipment application area.

Driven by the four major forces of industrialization, urbanization, reform and globalization, China's pump and valve equipment manufacturing industry has broad prospects. It is reported that in the next 10 years, new valve products supporting major projects such as coal-fired power, nuclear power, hydropower, large-scale petrochemicals, oil and gas gathering and transmission lines, coal liquefaction and metallurgy will become development priorities, and are expected to lead the rapid growth of the entire valve market. .

2. The urban construction system generally adopts a large number of low-pressure pump valves and develops to environment-friendly and energy-saving types, that is, the low-pressure iron gate valves used in the past have gradually shifted to environmentally-friendly rubber sheet valves, balance valves, metal-sealed butterfly valves and midline-seal butterfly valves. The development of oil and gas transmission projects in the direction of pipelines requires a large number of flat gate valves and ball valves.

According to the â€œ12th Five-Year National Urban Wastewater Treatment and Recycling Facility Construction Planâ€, during the 12th Five-Year Plan period, the national urban sewage treatment and recycling facilities construction plan has invested nearly RMB 430 billion. According to relevant data, in the investment of sewage treatment equipment, the pump accounted for about 15% of the total investment in machinery and equipment. According to the proportioned calculation, during the 12th five-year period, the demand for pump products in urban sewage treatment will be around 60 billion yuan. There will be nearly 40 billion market demands in the next three years and the market prospects are good.

During the "Twelfth Five-Year Plan" period, the pump and valve industry will contribute to the development of a new type of industrialization and follow the direction of a resource-saving and environment-friendly society. Thanks to the financial crisis, due to the reduction of orders in China's pump industry and the increase in raw material prices, the industry began to play the role of the survival of the fittest, some backward production capacity was eliminated from the industry, so that the pump and valve industry can be "lightly mounted," and get a better space for development.

4. The development of the power station is going to large-scale development, so the use of large-diameter and high-pressure safety valves and pressure reducing valves also requires quick opening and closing of valves.

5, the need for complete projects, pump valve supply from a single species to more varieties and more specifications. There is an increasing trend for pump valves to be supplied by a single pump manufacturer for an engineering project.